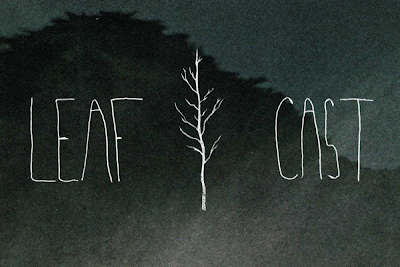 I almost killed the site. When I decided to take a week break from posting I didn't expect for such a long dark void to follow. I had become bored with posting mp3s on the site, I wanted to do something new but couldn't figure out what that would be. After a couple harsh words from blog contributor Jen Graciano, I soon realized how stupid it would have been to shut the site down. A few weeks later we had figured what direction we wanted to take the site and began the planning stages soon after.

As promised, See The Leaves has returned but a few things have changed. The site will still continue to host mp3s, videos, record reviews etc., but the main focus of the site will be based on a podcast. The podcast will be released on a monthly basis and will serve as a recap of the music that came out for each respective month. Downloadable mp3s, links to buy the records, videos and any other information or material in which we can not squeeze into the broadcast will be featured here.

Like I've said before on several occasions, See The Leaves is an ever evolving site (partially due to my habit of getting bored quickly) and hopefully this is one change in which you all enjoy.

Featured mp3's after the jump: