Each time Ganglians had a show either in Sacramento or San Francisco this year, for whatever reason I was not able to attend. But the chance to see them play along with The Beets was one I simply could not miss. The venue was called the Sol Collective, a place in Sacramento which is essentially run by local artists to promote artistic creativity in the city. The place is like a mini gallery with art hanging on the walls and many open rooms to explore. In one corner of the place was a small stage where the music took place.
The opening band was a cover band of an all girl group of name I have forgotten (sorry) but at least these guys rocked whigs and stockings. Next was New Yorks German Measles, who have a 7'' single released on Vivian Girls label Wild World and an EP on Captured Tracks. The songs were not bad, this being my first exposure to the band, but just was not quite into them all that much. 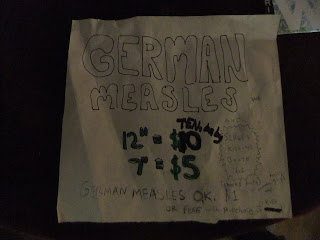 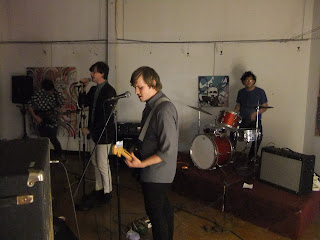 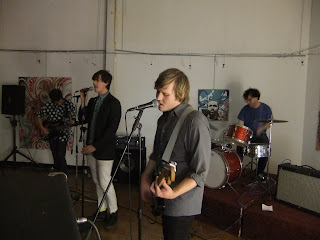 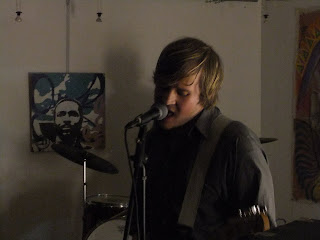 Technically, The Beets were to go on next, another New York band released by Captured Tracks. But from what I heard, they had to get towed to the place due to van trouble and were a bit late (Ganglians went on to play in the mean time). I was a bit more familiar with this band from a 7'' single I had from them and was already liking their music. Their artwork is fantastic, everything from their album covers to backdrops, posters and shirts are done by Matt Volz and their sound is very catchy. Volz also hides behind the large speaker in which he plays recorders, a cassette player for sound effects and manages the bands lighting, all at once. The video image quality is a bit poor due to lack of lighting but the audio came out pretty good. 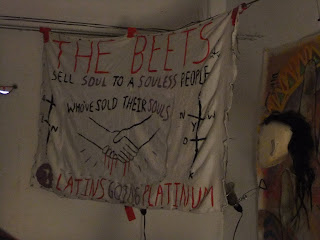 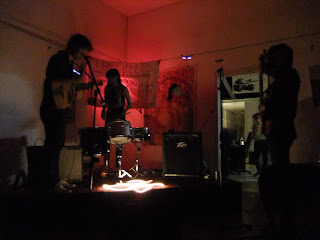 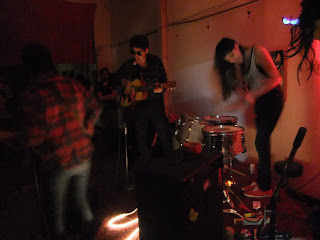 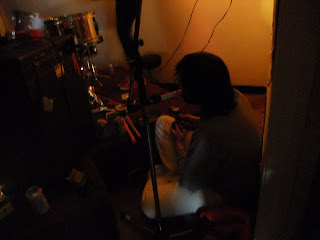 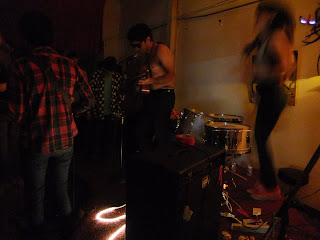 Ganglians who were supposed to go last but when third went on played and played an extensive set that again blew me away. They performed a couple new songs which sounded really good (nothing yet on a new album or single yet, crossing the fingers) and played both songs from their Captured Tracks single and most of the album on the Woodsist album (no "Rats Man" but still a solid set nonetheless). Reverb in full effect, Ryan Grubbs was stellar as he carried notes and rocked out on keyboard, acoustic and electric guitar. A band on the rise and one to get excited about, Ganglians is one act to see as soon as possible. 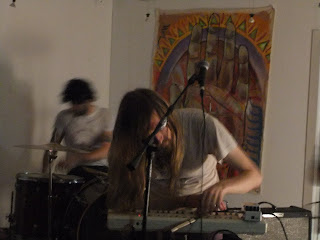 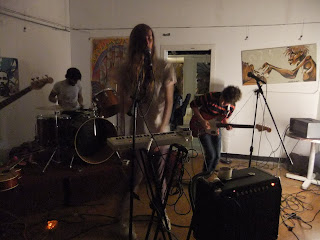 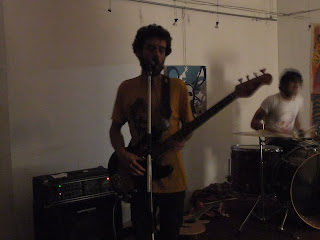 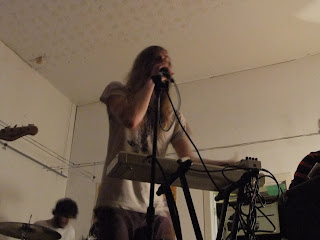 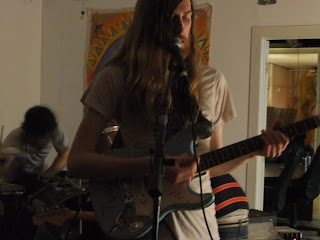